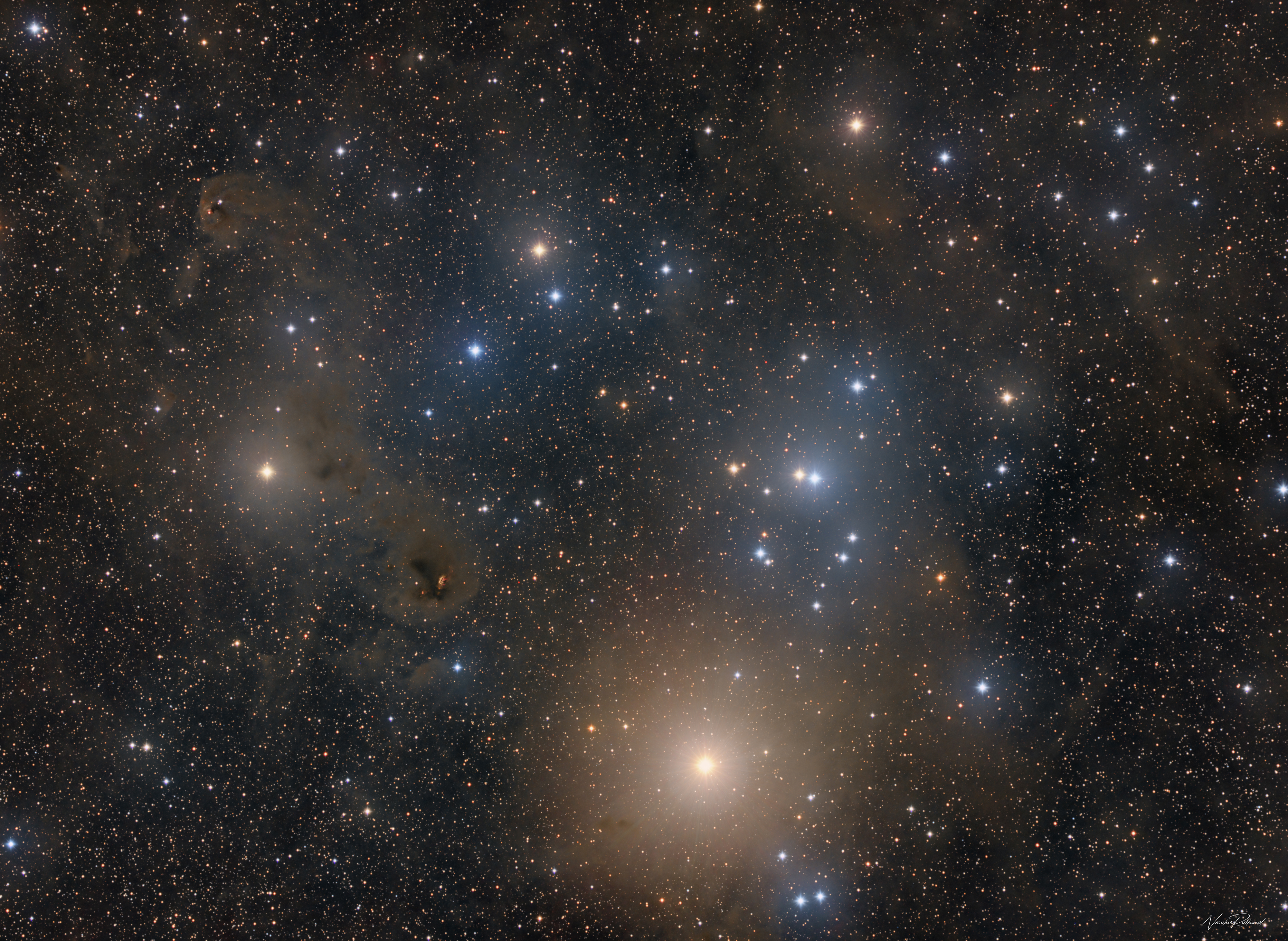 The Hyades is an open cluster of several hundred stars that makes up the head of Taurus, the Bull, formally catalogued as Melotte 25. The Hyades form a distinctive 'V" shaped group of stars, with bright red star Aldebaran. Northwest of the Hyades is the beautiful Pleiades cluster, also in Taurus. As a naked-eye object, the Hyades Cluster has been known since prehistoric times.

The Hyades consist of a roughly spherical group of 300 to 400 stars at a distance of 147 light years from Earth. They share the same age, place of origin, chemical content, and motion through space. As seen from Earth, Aldebaran appears to be a member of the cluster, but in fact it is much closer than the Hyades' distance. The cluster core, where stars are most densely packed, has a diameter of about 17.6 light years, and the cluster's tidal radius is about 32 light years.

The population of confirmed cluster members includes numerous bright stars of spectral types A (at least 21), F (about 60), and G (about 50). All these star types are concentrated much more densely within the tidal radius of the Hyades than within an equivalent 10-parsec radius of the Earth. By comparison, our local 10-parsec sphere contains only 4 type A stars, 6 type F stars, and 21 type G stars.

The stars of the Hyades are more enriched in heavy elements than our Sun and other ordinary stars in the Solar neighborhood. Epsilon Tauri, also known as Ain, harbors at least one gas giant planet. 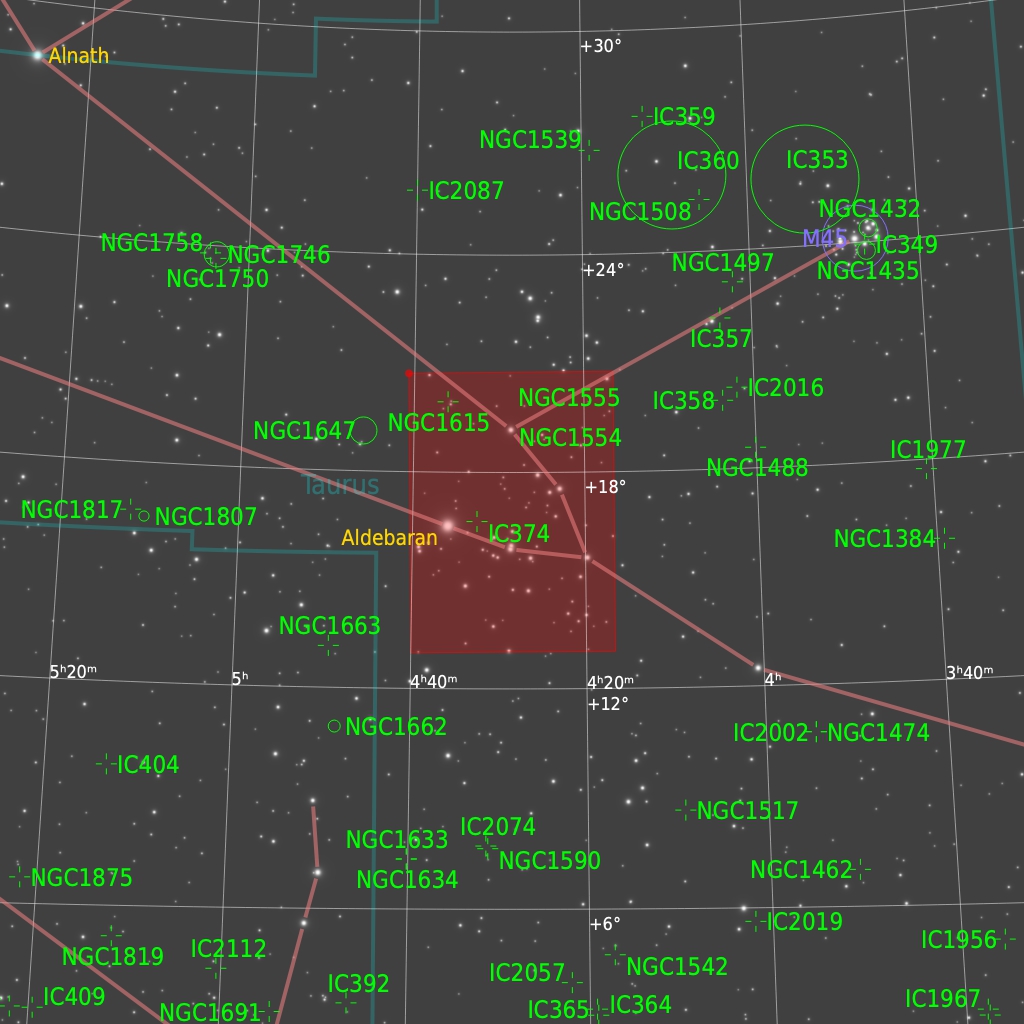