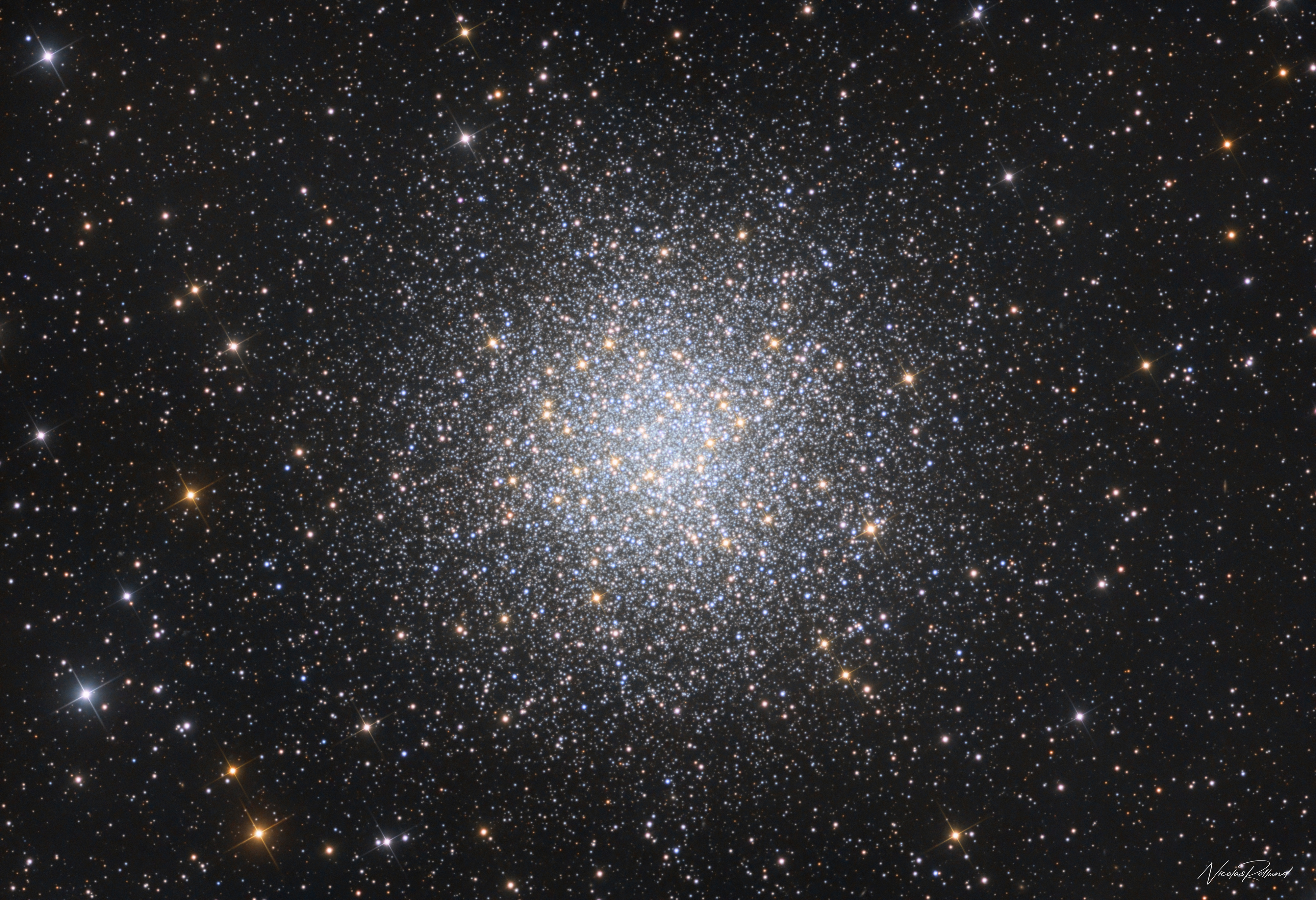 Messier 55 (also known as NGC 6809) is a globular cluster in the constellation Sagittarius. It was originally discovered by Nicholas Louis de Lacaille in 1752, observing from South Africa. After having looked for it in vain as early as 1764, Charles Messier finally found and cataloged it in 1778.

Messier 55 is quite a large globular cluster. As it is only 17,300 light-years distant, Messier 55 is one of the nearest globular clusters to our solar system. It has a linear diameter of roughly 100 light years, and a total luminosity near 100,000 Suns. Only about 55 variable stars have been found in the central part of Messier 55. It is receding from us at approximately 105 miles per second. 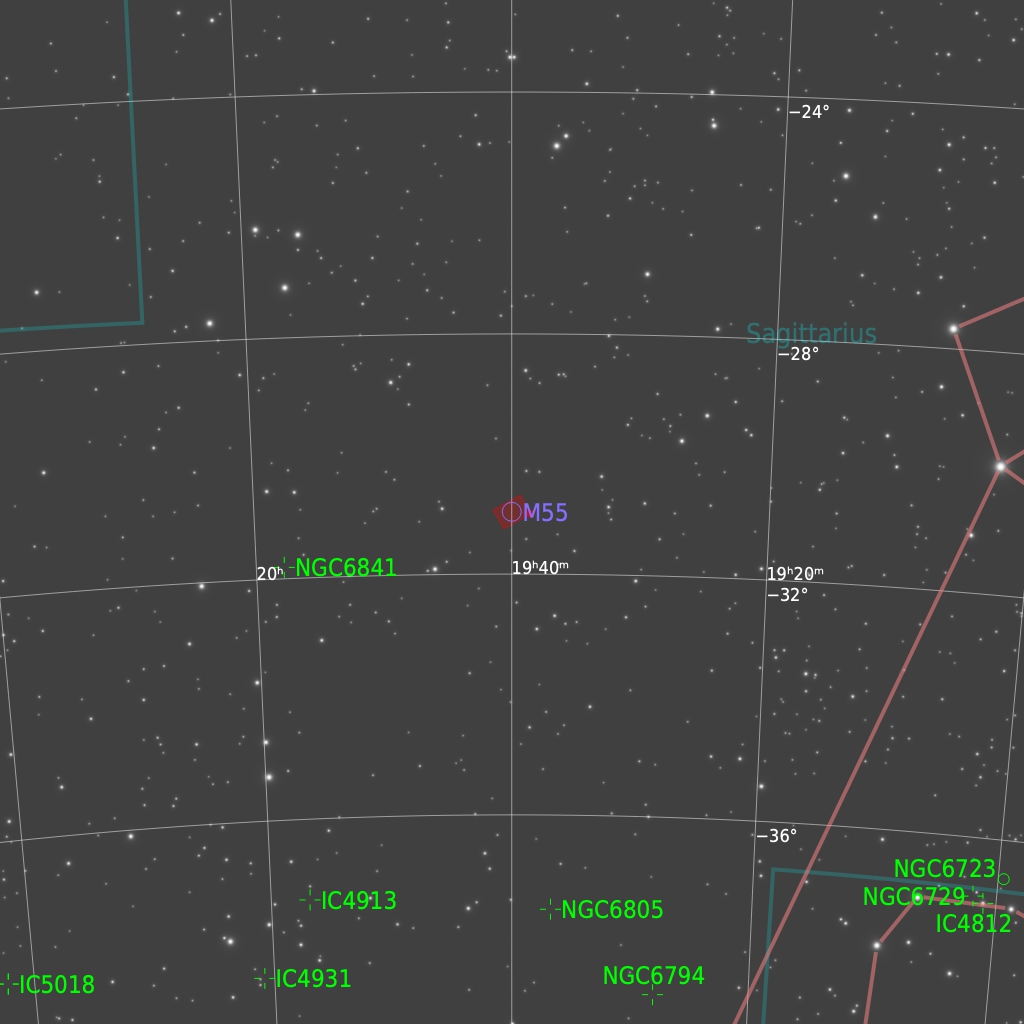