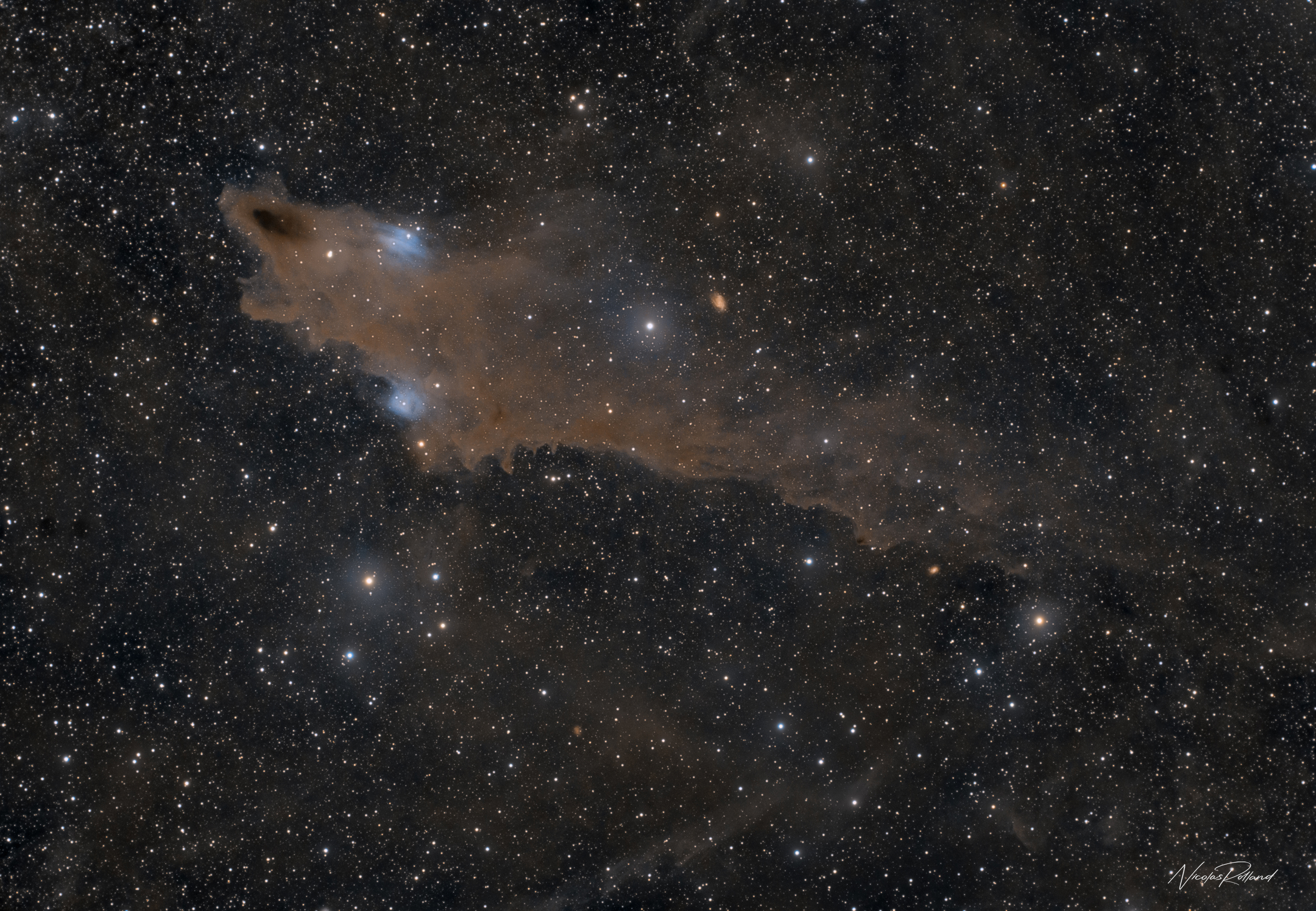 LDN 1235 (or Lynds Catalog of Dark Nebulae n° 1235) is a dark/absorption nebula in the constellation Cepheus. It is composed by interstellar dust that is so dense that it obscures the visible wavelengths of light from objects behind it, such as the Horse Head Nebula or the Cone Nebula. It also blocks light from background stars.

The data was acquired by my friend Demoniak Alexkid using his ASKAR 400 in August 2021 from Ardèche in France (bortle 4). Two CMOS were used to capture this faint object: 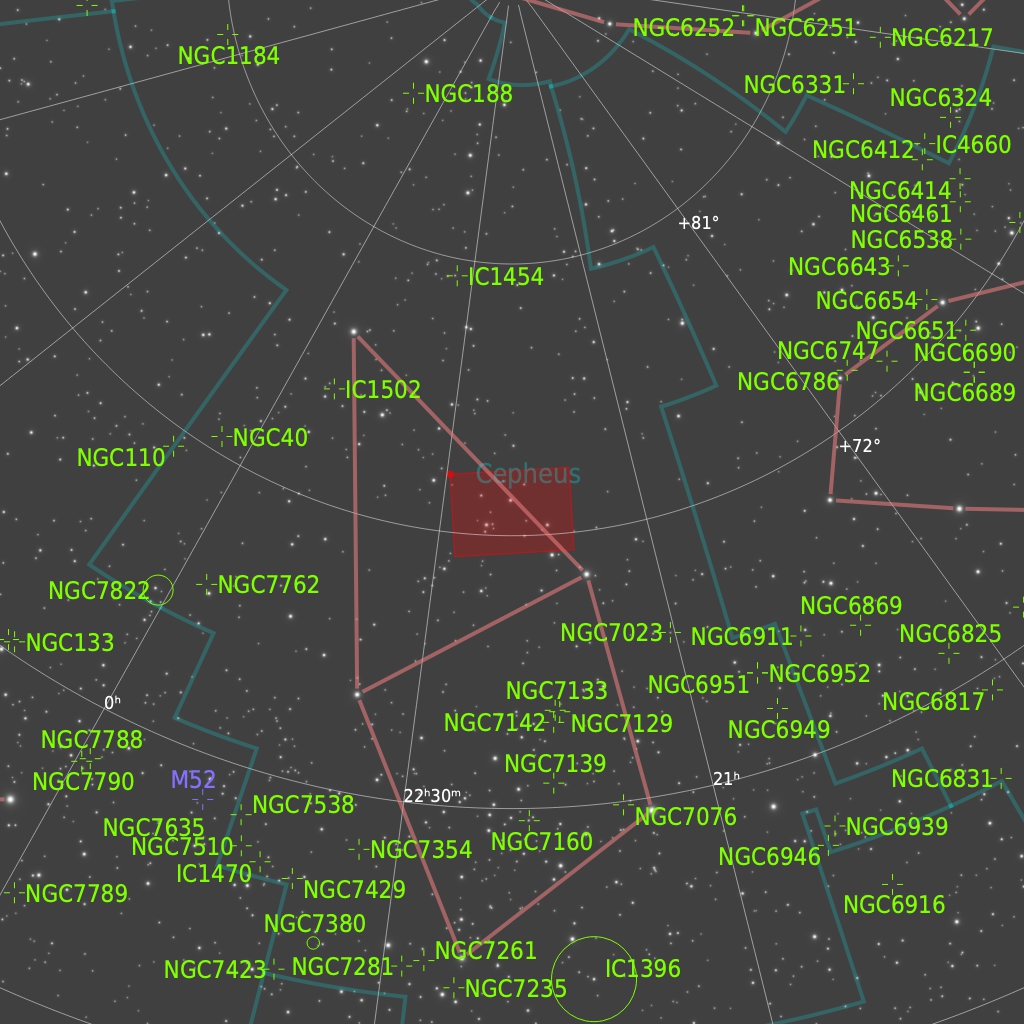