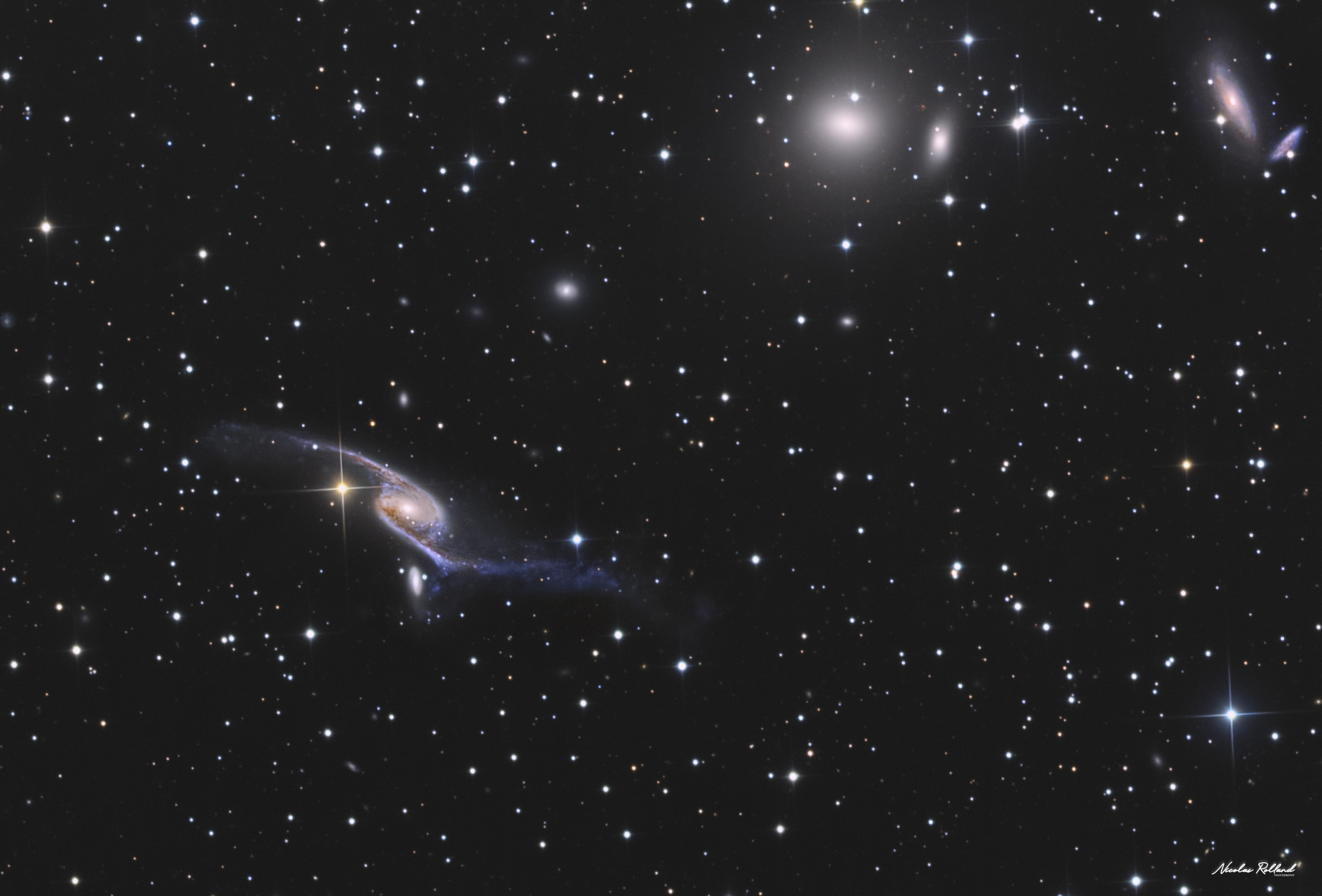 NGC 6872 is a large barred spiral galaxy in the constellation Pavo. It is 212 million light-years (65 Mpc) away from Earth and is approximately five billion years old. NGC 6872 is interacting with the lenticular galaxy IC 4970 (visible just at the bottom of NGC 6872 in this picture), which is less than one-twelfth as large. The galaxy has two elongated arms. NGC 6872 measures over 522,000 light years (160,000 pc), making it one of the largest known spiral galaxies. It was discovered on 27 June 1835 by English astronomer John Herschel.

When observed in the ultraviolet and mid-infrared, the central region NGC 6872 show old stars and low rates of star formation, with rates increasing along the spiral arms as distance from the core increases. The extended portions of both arms exhibit young star cluster formations with ages ranging from one to one hundred million years.

IC 4970 is a nearby lenticular galaxy, located only a few arcseconds away, and is known to be interacting with NGC 6872. A bright ultraviolet source was discovered at the end of the northeastern arm, around 290 thousand light years (90 kpc) from the nucleus, which may be a tidal dwarf galaxy formed out of the interaction between IC 4970 and NGC 6872. The bright ultraviolet nature of this cluster indicates that it contains stars less than 200 million years old, which roughly coincides with the timeframe of the collision. 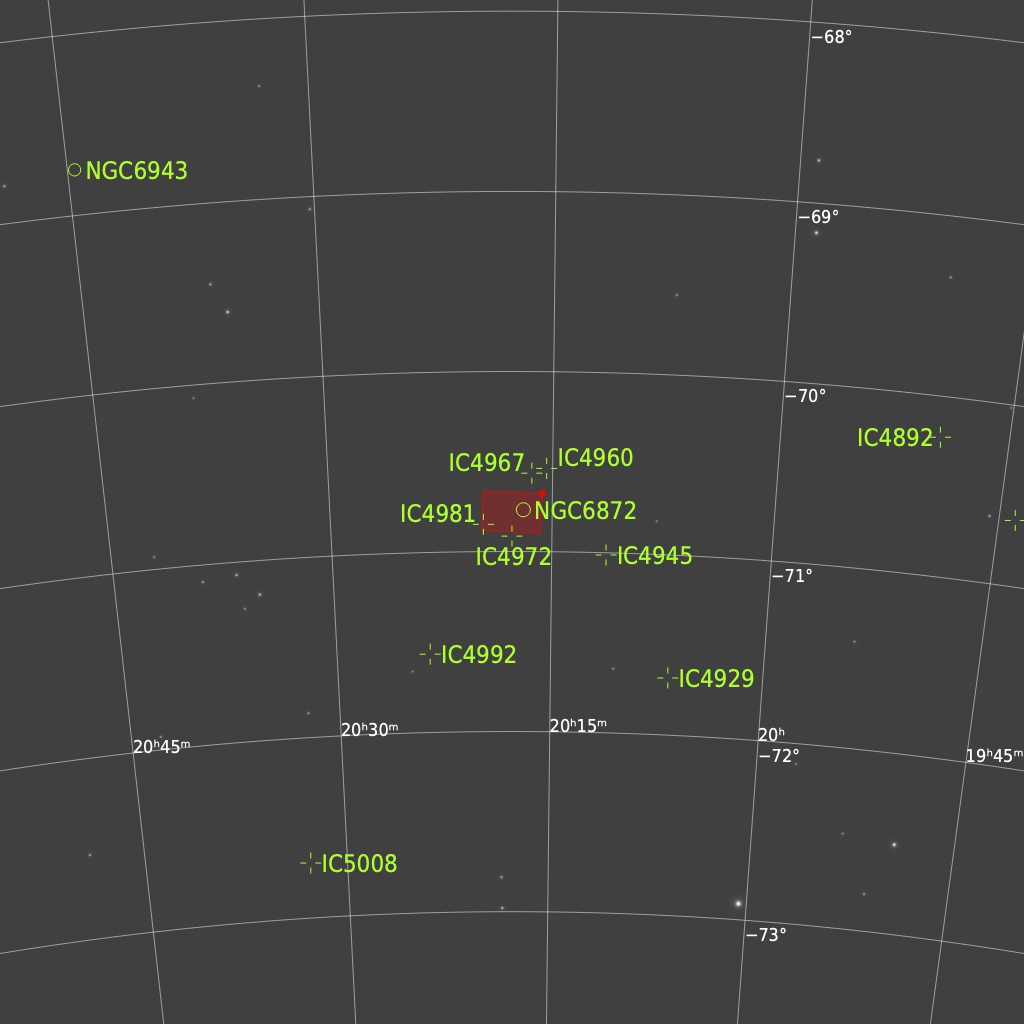