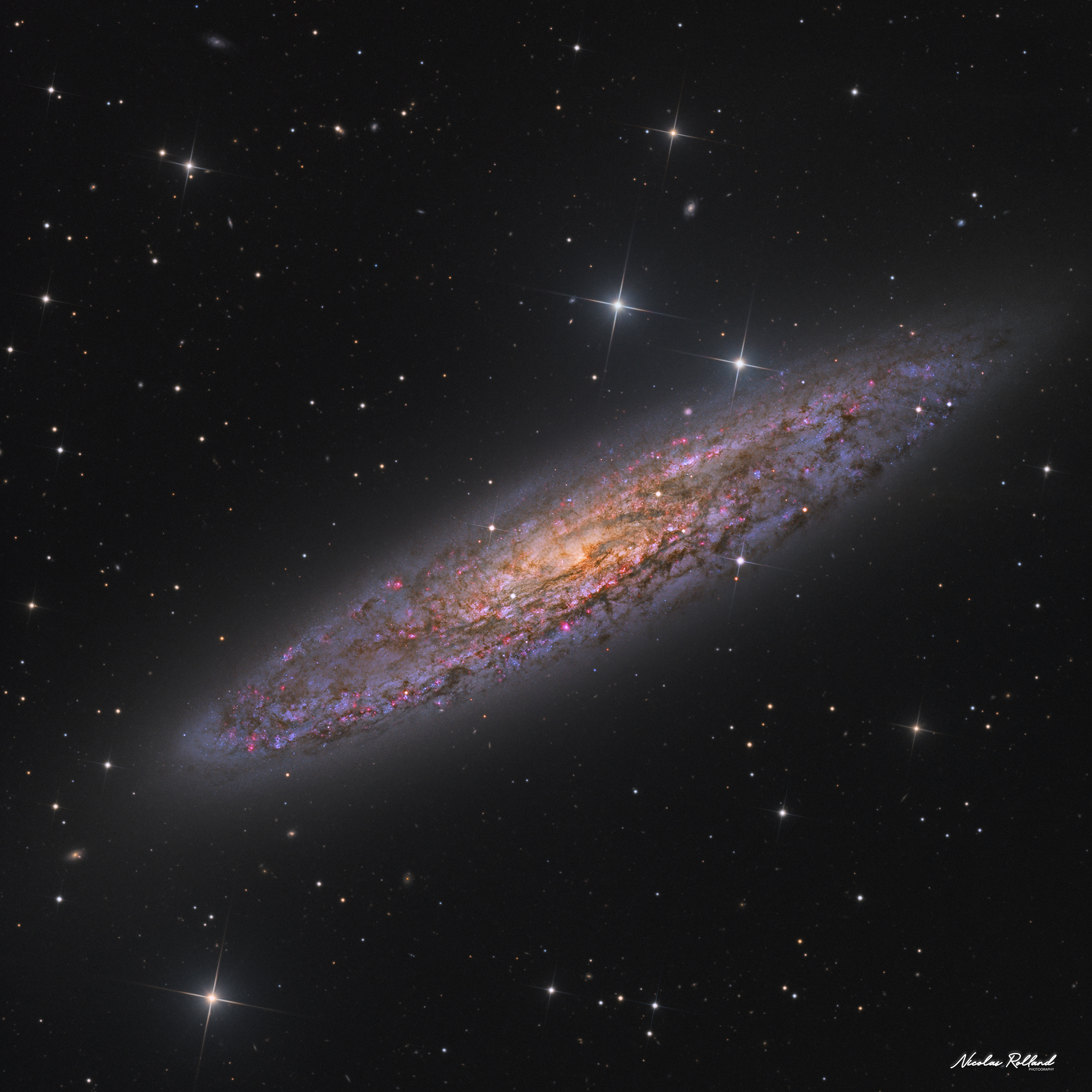 NGC 253 is the brightest member of the Sculptor Group of galaxies. NGC 253 is often referred to as the Sculptor Galaxy, but the RASC Observer’s Handbook gives the common name Silver Coin Galaxy.

As one of the brightest galaxies in the sky (visual magnitude 8.0), the Sculptor Galaxy is viewable through binoculars. It is a good target for observation with a telescope with a 300 mm diameter or larger. As seen through such telescopes, it appears as a galaxy with a long, oval bulge and a mottled disk.

The Sculptor group is perhaps the nearest to our Local Group of galaxies. It is grouped around the South galactic pole (and, therefore, also sometimes named “South Polar Group”). The companion galaxies NGC 247, PGC 2881, PGC 2933, Sculptor-dE1, and UGCA 15 form a gravitationally bound core near the center of the group. NGC 253 itself lies some 11 million light-years distant.

NGC 253’s true size is estimated to be 70,000 light-years, comparable to the diameter of the Milky Way. But NGC 253 has a luminosity considerably less than the Milky Way. The Sculptor Galaxy is a starburst galaxy, which means that it is currently undergoing a period of intense star formation. One supernova has been discovered in NGC 253 to date: SN 1940E, which was discovered by Fritz Zwicky, and became as bright as magnitude 14.0. 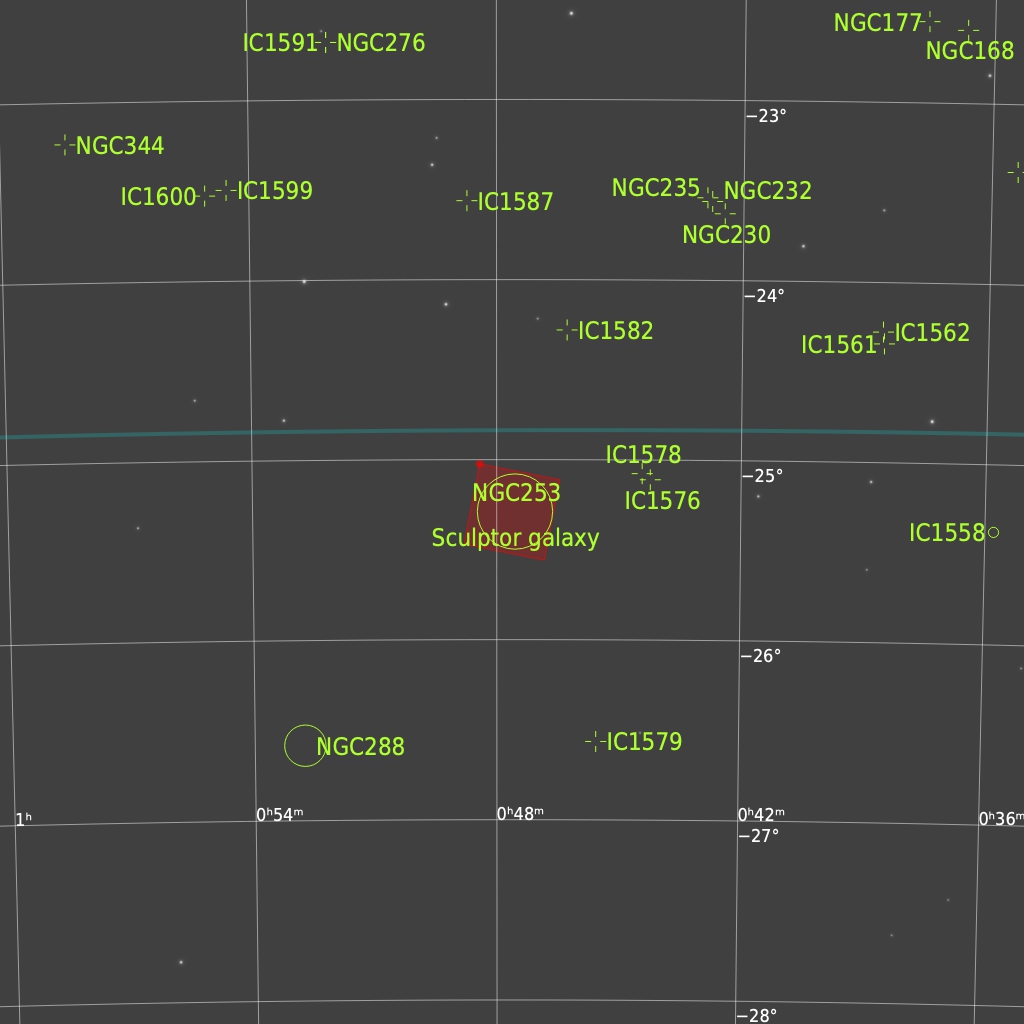