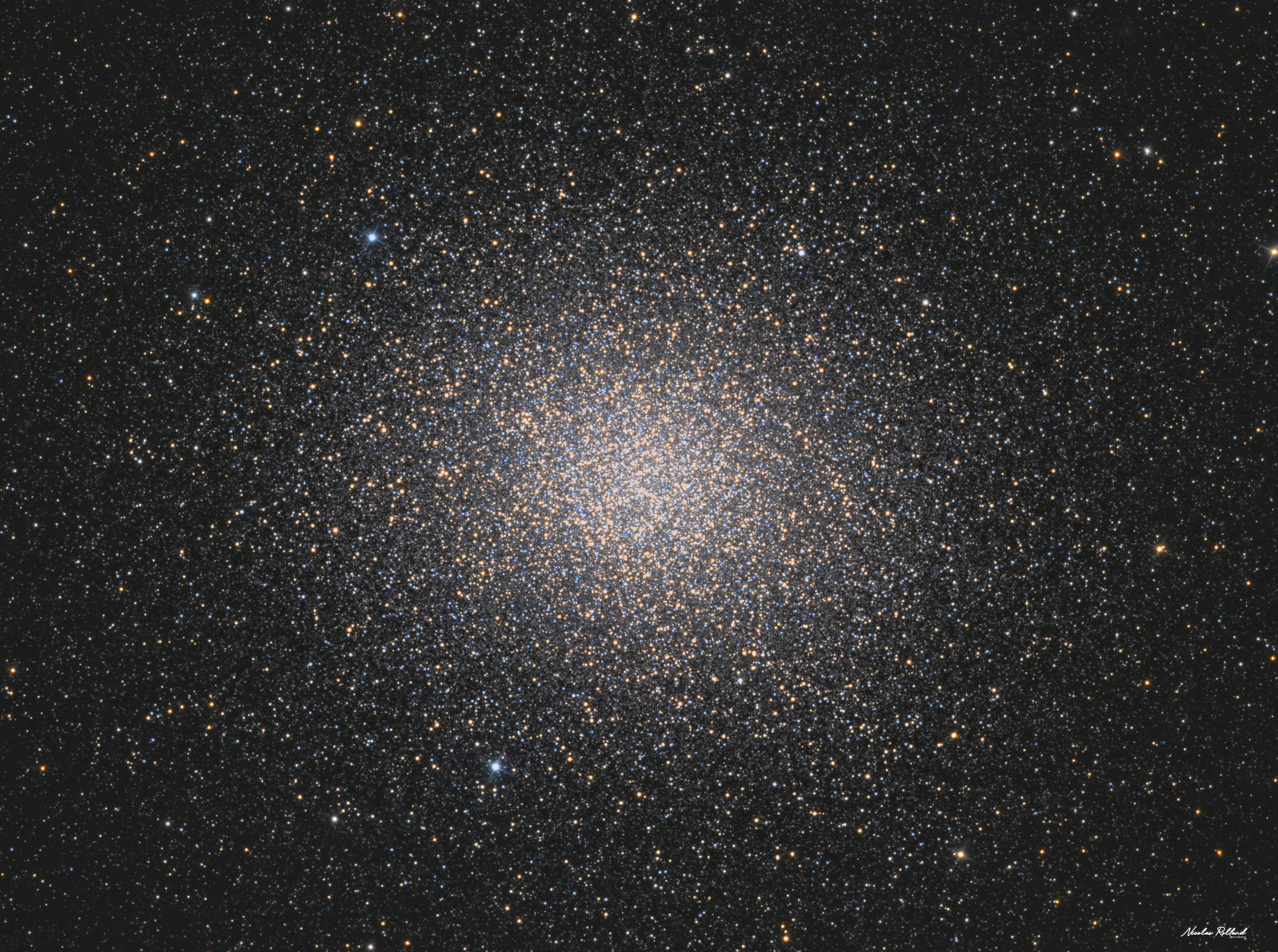 Omega Centauri (ω Cen) is a globular cluster in the constellation Centaurus. It is observed since antiquity and was originally catalogued as a star. In several aspects, ω Cen is different from other globular clusters present in the Milky Way, so that a hypothesis supports that it could be the remains of a dwarf galaxy.

ω Cen is located at about 15,700 light years from the solar system and has a diameter of about 253 light years, making it the largest globular cluster in the Milky Way. A total of 10 million stars would be contained in this cluster for a mass of about 4 million solar masses. In the center, the density of stars is so high that the distance between each of them is estimated to be about 0.1 light years.
The diversity of stars cohabiting in the cluster indicates that several generations of stars have succeeded each other.

Those clues reinforce the idea that ω Cen could be the remains of the nucleus of a dwarf galaxy whose periphery would have been dispersed and absorbed by the Milky Way, becoming ω Cen. Beyond the dispersion of stars, the orbital speed of the latter is high (7.9 km/s), its flattened shape and the presence in its center of an intermediate black hole of 12,000 solar masses support this hypothesis. 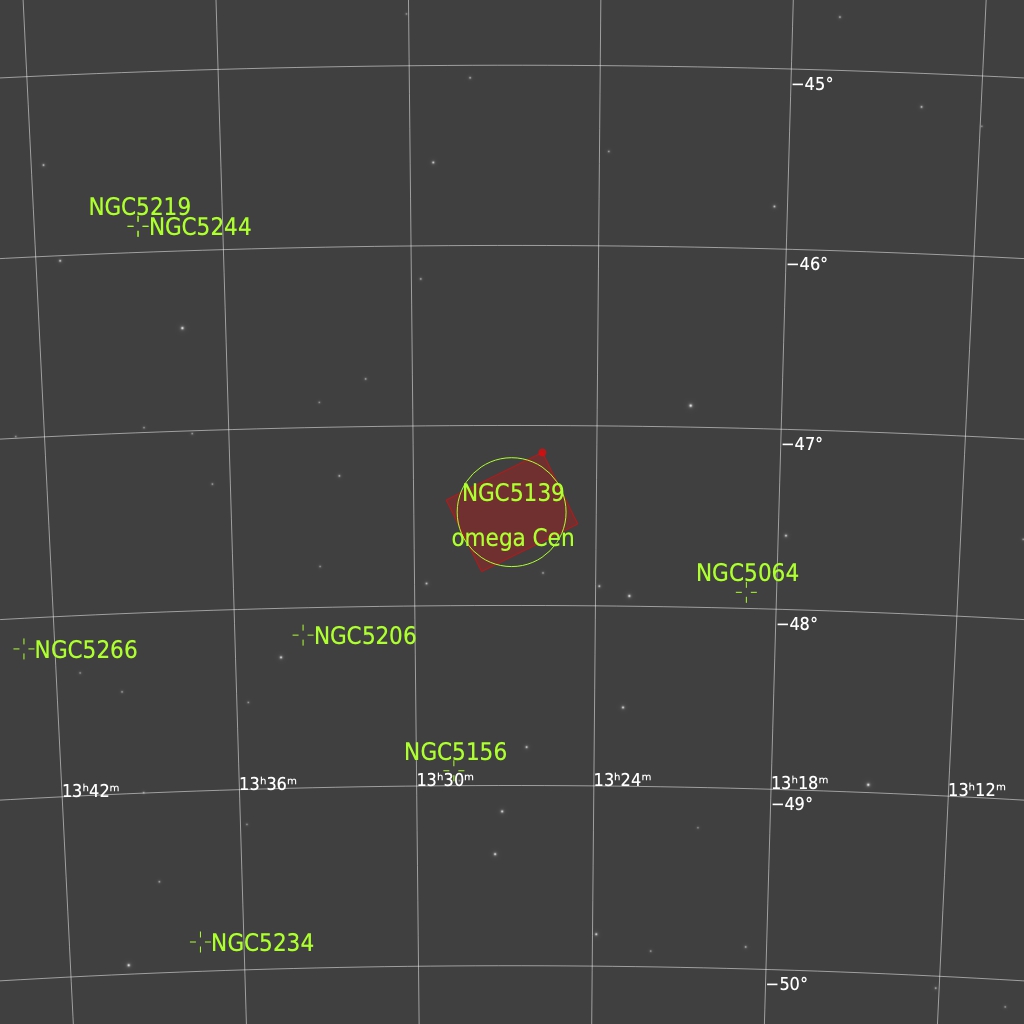