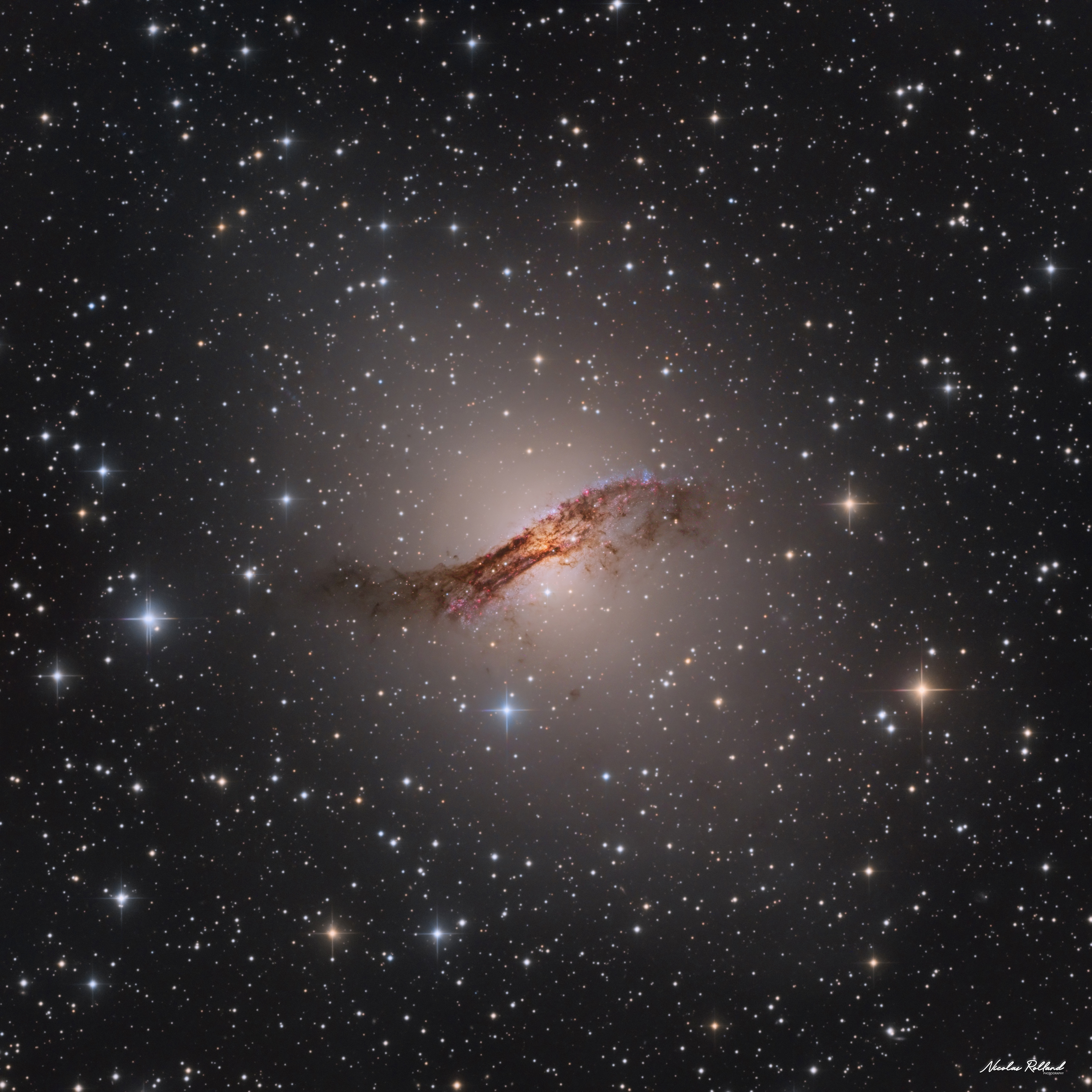 Centaurus A is a lenticular galaxy (containing a large-scale disc but does not have large-scale spiral arms) locating about 12.4 million light years in the constellation Centaurus.
Centaurus A is the fifth-brightest galaxy in the sky, being an ideal target for amateur astronomers. At the radio waves level, it is one of the brightest and largest objects, extending over almost 20 times the apparent diameter of the Moon.

From the Earth, Centaurus A looks like a lenticular or elliptical galaxy with dust bands. This unusual morphology is usually explained as the result of a merging between two smaller galaxies.
Its core is mainly made of old red stars. Its dust disc is, however, the site of a more recent star formation (about a hundred have already been identified).

The diameter of this galaxy is a little more than 90,000 light years. It contains an active core due to the presence of a supermassive black hole from which two opposing jets of matter emanate.

The dust band crossing the galaxy is a disc seen from the side, composed of a population of metal-rich stars, nebulae and dust clouds. 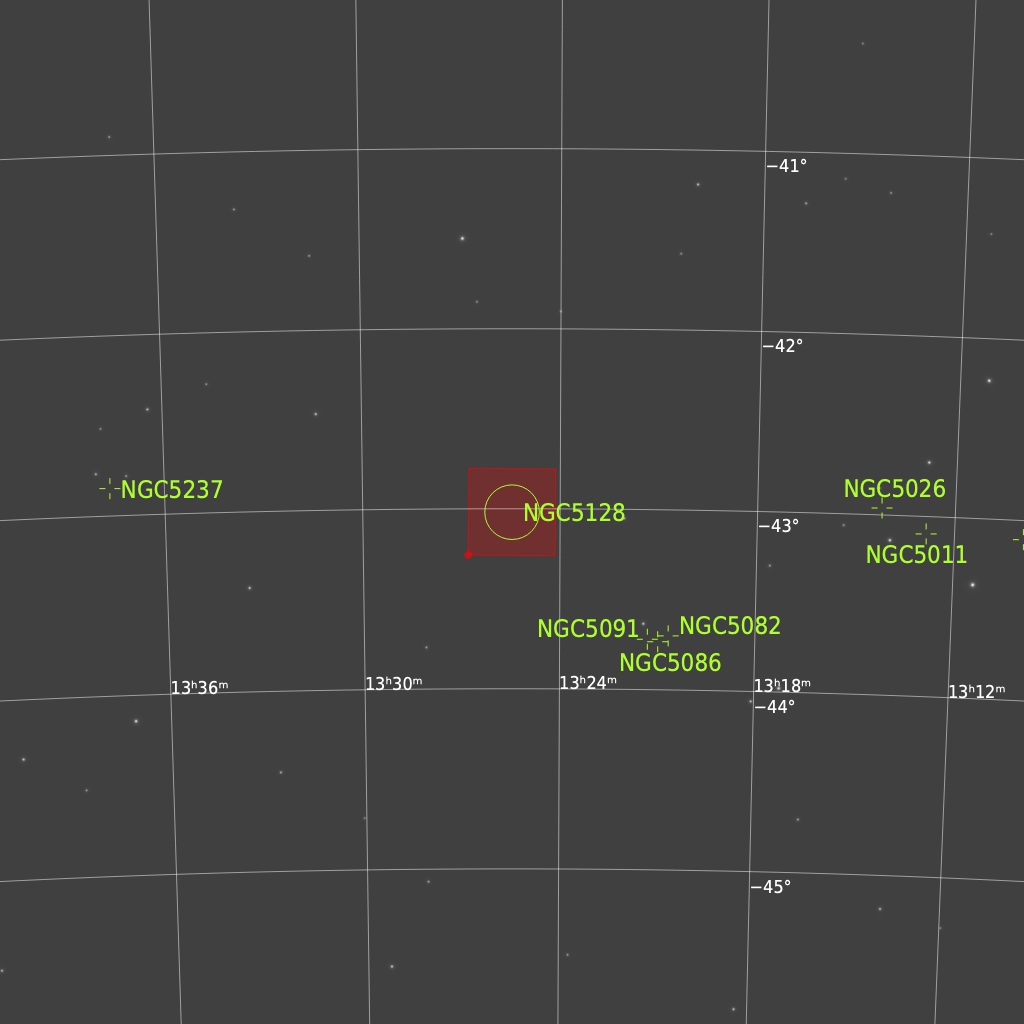