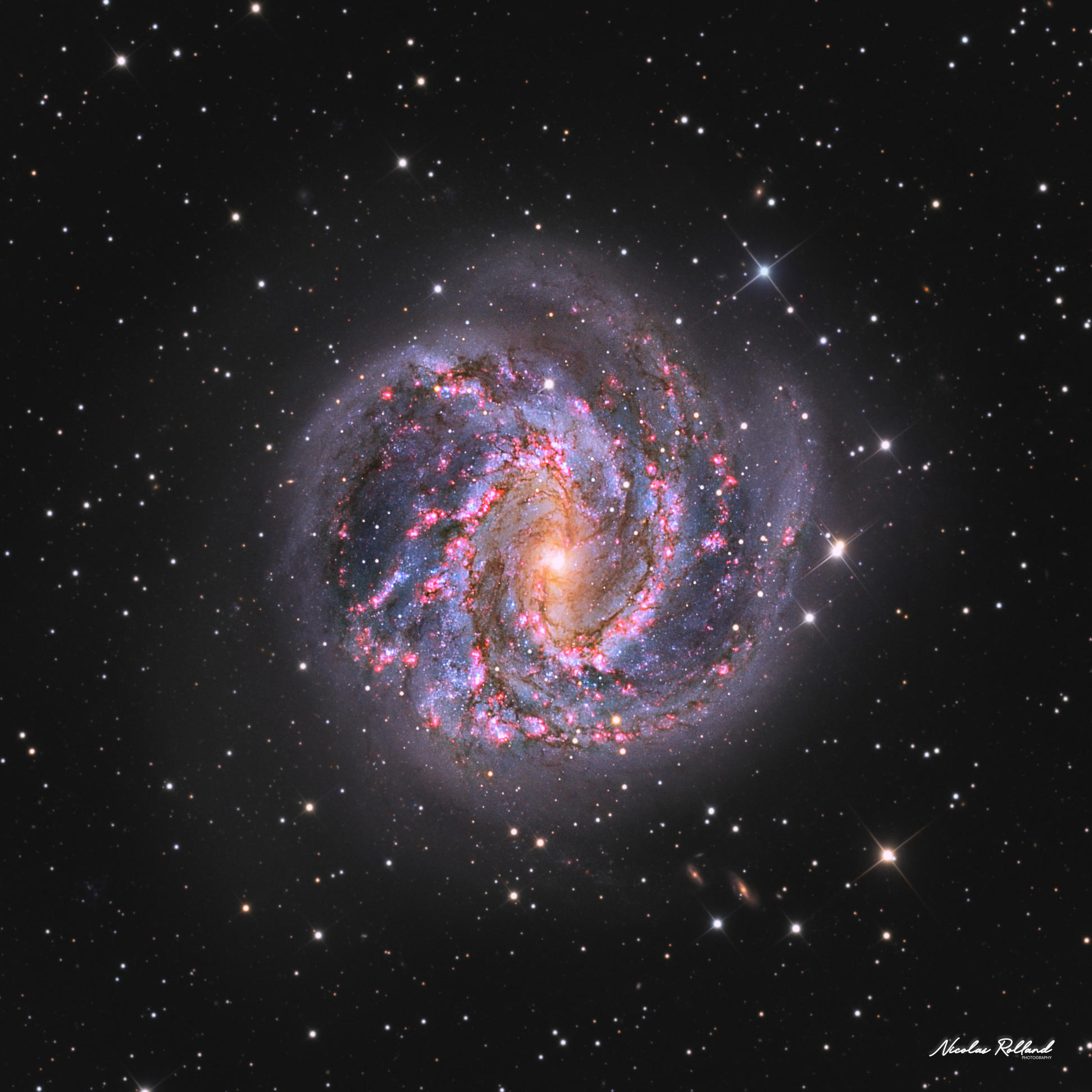 Messier 83, also catalogued as NGC 5236, is a spiral galaxy in the constellation Hydra. It is one of the closest and brightest spiral galaxies in the sky, and sometimes called the “Southern Pinwheel” from its resemblance to the Pinwheel Galaxy (Messier 101). Messier 83 was discovered by Nicholas Louis de Lacaille at the Cape of Good Hope on 23 February 1752. It was the third galaxy discovered, after Messier 31 and Messier 32, and the first discovered beyond our Local Group. Charles Messier added Messier 83 to his catalogue in 1781; its spiral structure was first noted by William Lassell.

Messier 83 is classified as an intermediate barred spiral of type SAB(s)c. It displays a very dynamic appearance, with red and blue knots tracing out its arms. The red knots are diffuse gaseous nebulae where star formation is taking place, energized by very hot, young stars within them. The blue regions represent young stellar populations which have formed just a few million years ago.

Between the pronounced spiral arms are regions with fewer stars. Dark dust lanes follow the spiral structure throughout the disk, and may be traced into the nucleus. The nucleus is composed of an older, yellowish stellar population which dominates the whole central region. 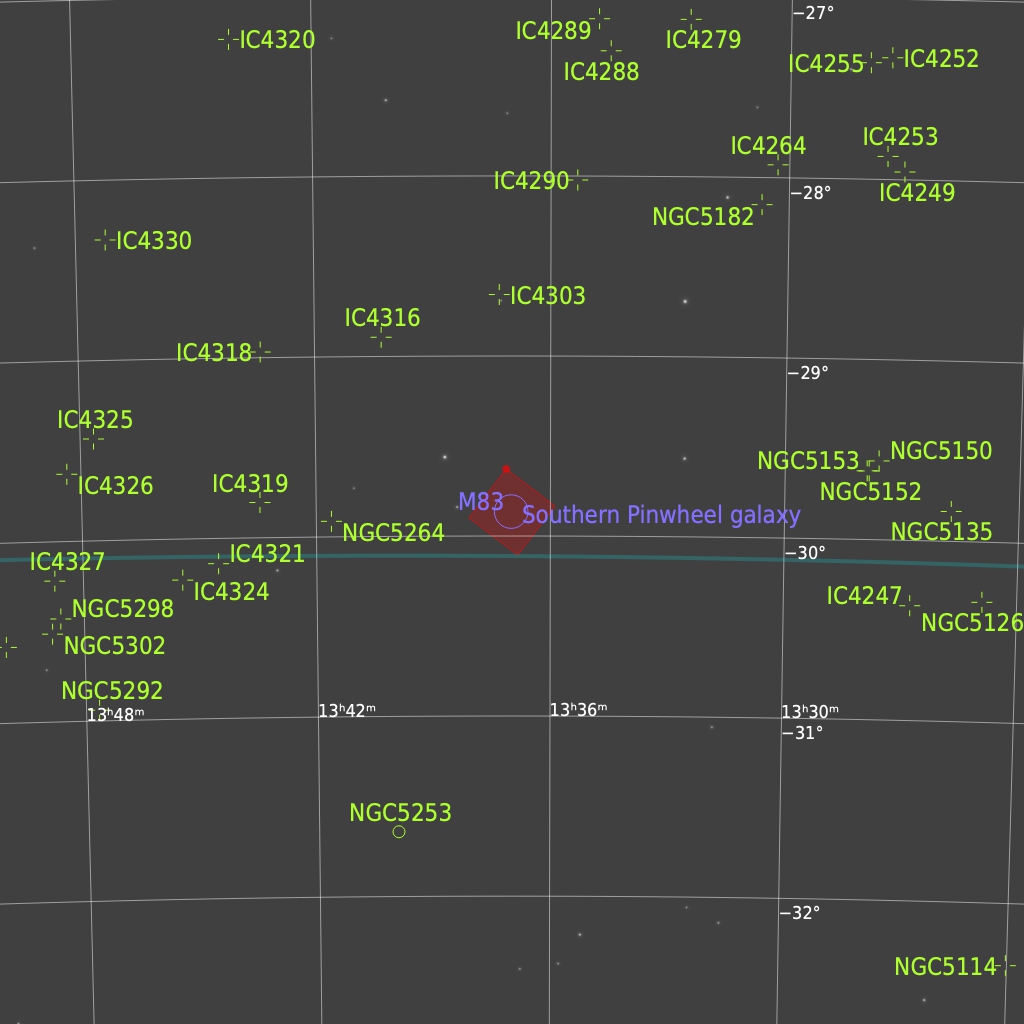