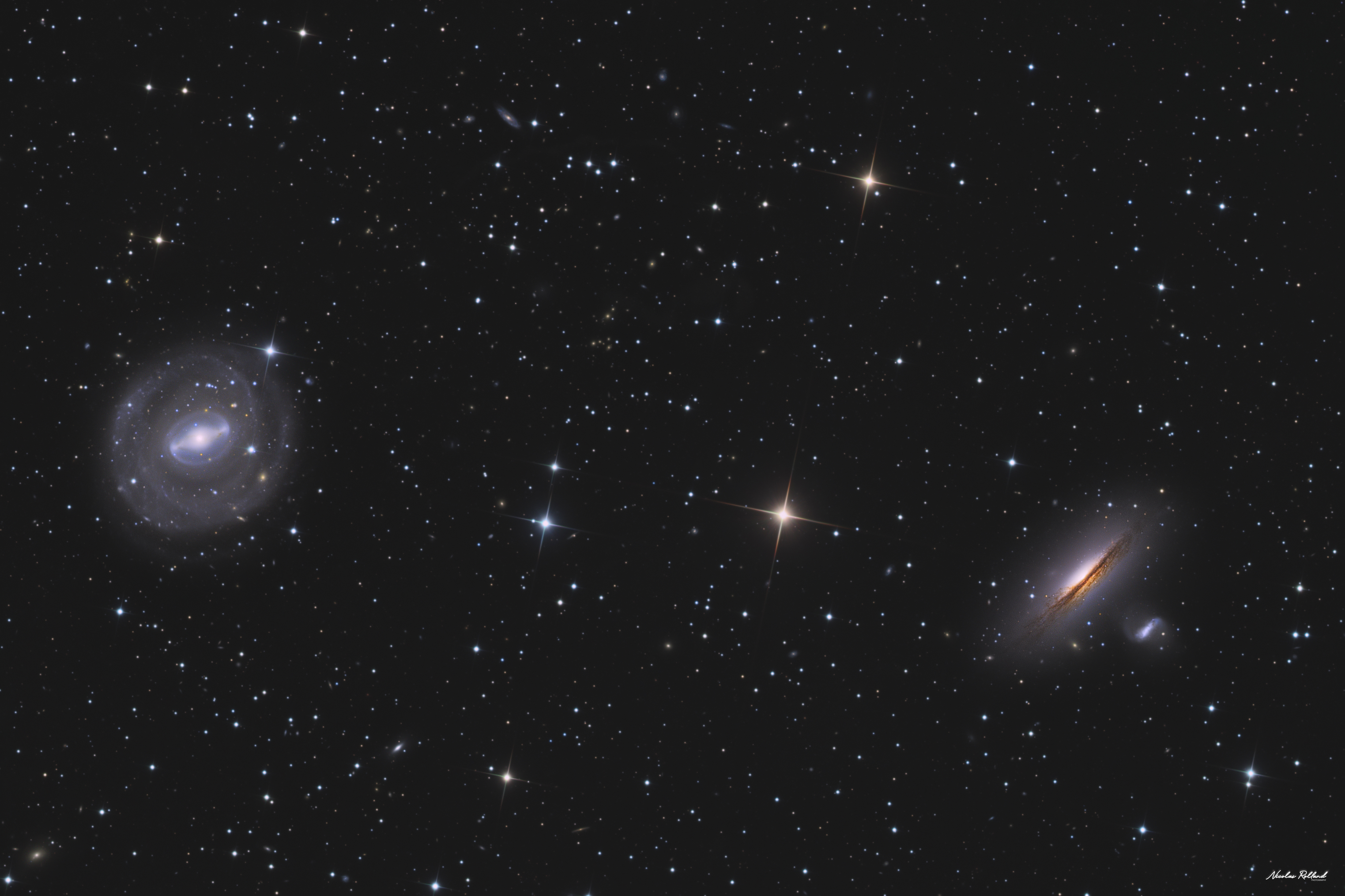 This wide field shows two bright galaxies. They are separated on the sky by about 0.5 °. Both are estimated to be around 90 million light-years away.

NGC 5078 is a spiral galaxy in the Hydra constellation, approximately 94 million light-years away from Earth. It has a diameter of 127,000 light-years and is probably a member of the NGC 5061 group. The dust lane of NGC 5078 is warped, probably by interaction with the nearby galaxy IC 879, which is itself distorted into a ”S” shape by the interaction. At the presumed distance, the two galaxies would have a minimal separation of about 61,000 light-years. For comparison, the Large Magellanic Cloud is about 160,000 light-years from the Milky Way.

NGC 5101 is a lenticular galaxy in the constellation Hydra. It is separated in the sky from the spiral galaxy NGC 5078 by about 0.5 °, and both are believed to be at the same distance from the Earth. This would mean they are approximately 800,000 light-years apart. Both galaxies are believed to be about the size of the Milky Way. 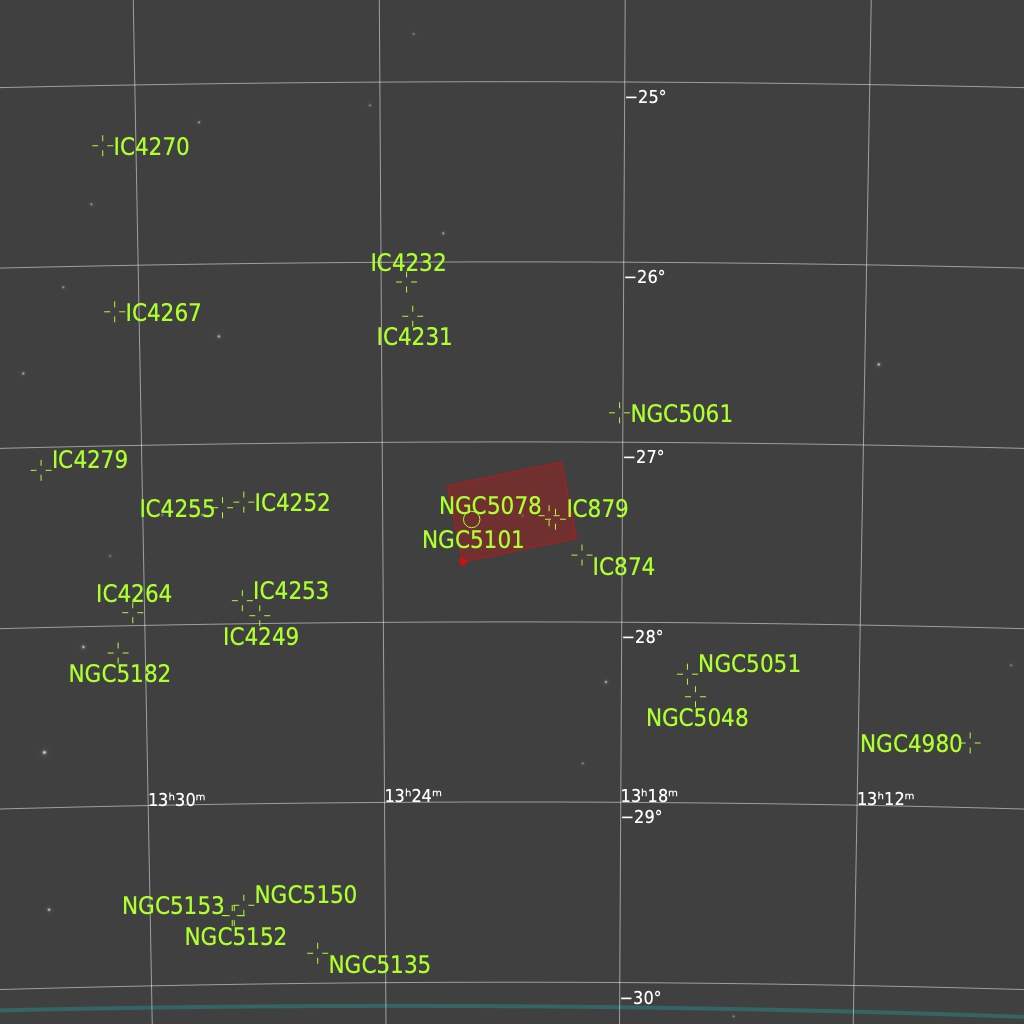