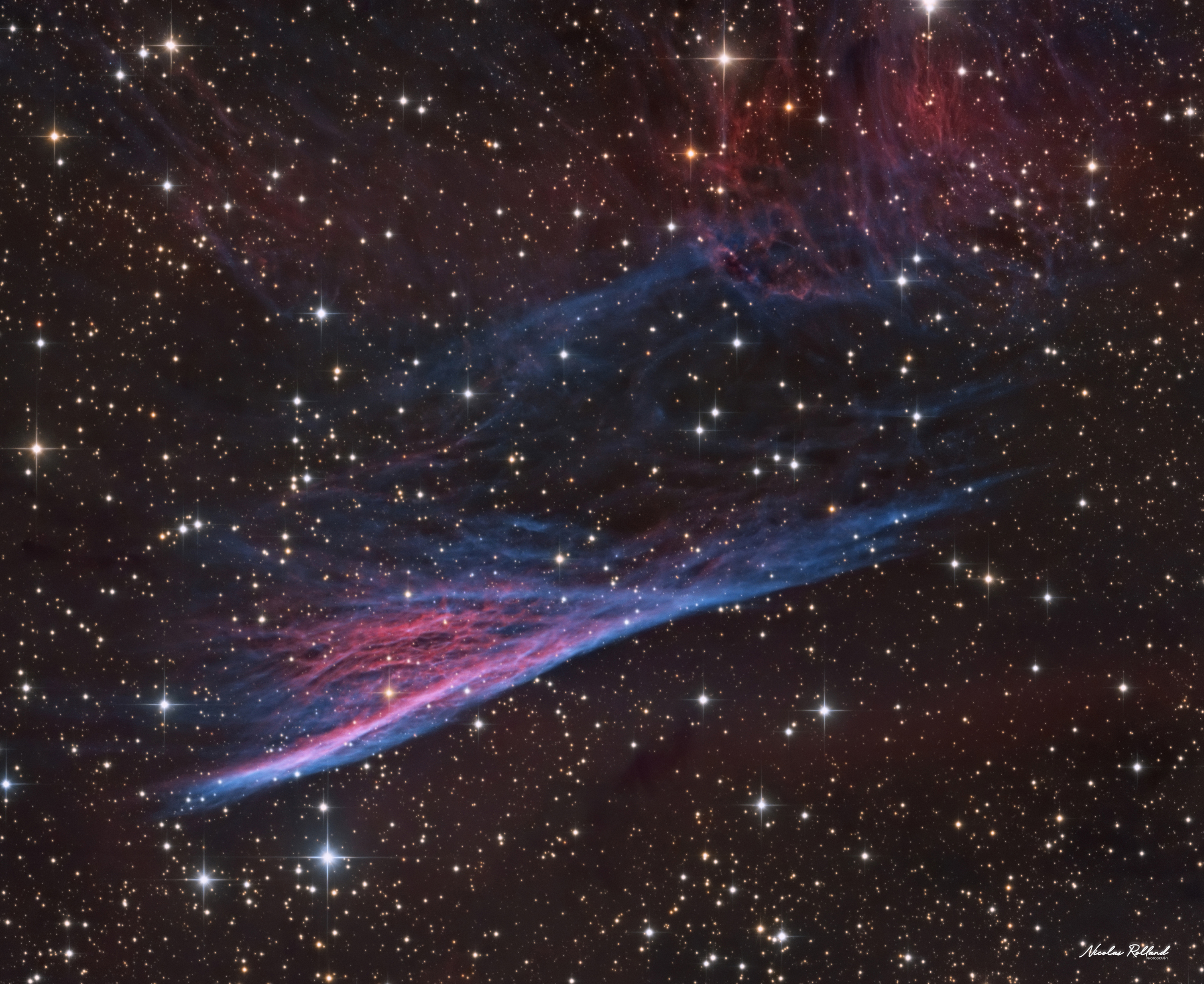 NGC 2736, also known as the Pencil Nebula is part of the huge Vela supernova remnant, located in the southern constellation Vela. The nebula’s shape suggests that it is part of the supernova shock wave that recently encountered a region of dense gas. It is this interaction that causes the nebula to glow, appearing like a rippled sheet.

The nebula’s luminous appearance comes from dense gas regions that have been struck by the supernova shock wave. As the shock wave travels through space, it rams into interstellar material. Initially the gas is heated to millions of degrees, but then cools down, emitting the optical light visible in the image.

The colors of the various regions in the nebula yield clues about this cooling process. Some regions are still so hot that the emission is dominated by ionized oxygen atoms, which glow blue in the picture. Other regions have cooled more and are seen emitting red in the image (cooler hydrogen atoms).

The supernova explosion left a spinning pulsar at the core of the Vela region. Astronomers estimate that the explosion may have occurred about 11,000 years ago. Although no historical records of the blast exist, the Vela supernova would have been 250 times brighter than Venus and would have been easily visible to southern observers in broad daylight. The age of the blast, if correct, would imply that the initial explosion pushed material from the star at nearly 22 million miles per hour. As the Vela supernova remnant expands, the speed of its moving filaments, such as the Pencil Nebula, decreases. The Pencil Nebula, for example, is moving at roughly 400,000 miles per hour.

Narrowband (HOO) version: H-Alpha mapped to red, OIII mapped to blue and OIII+Ha mapped to the green channel. While the colors in this image are not the true colors, the narrowband filters were used to create the nebula color. Then I added the natural star colors using RGB filters and Starnet process. 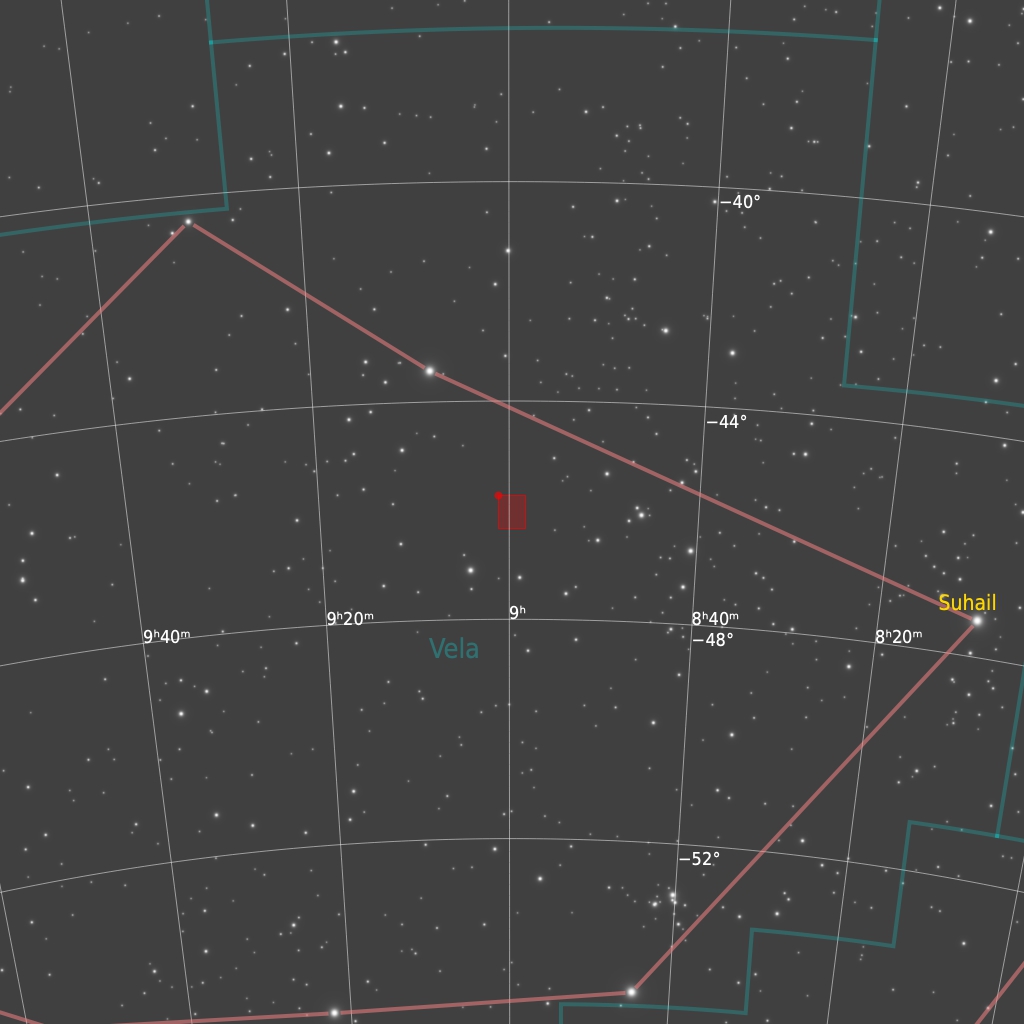