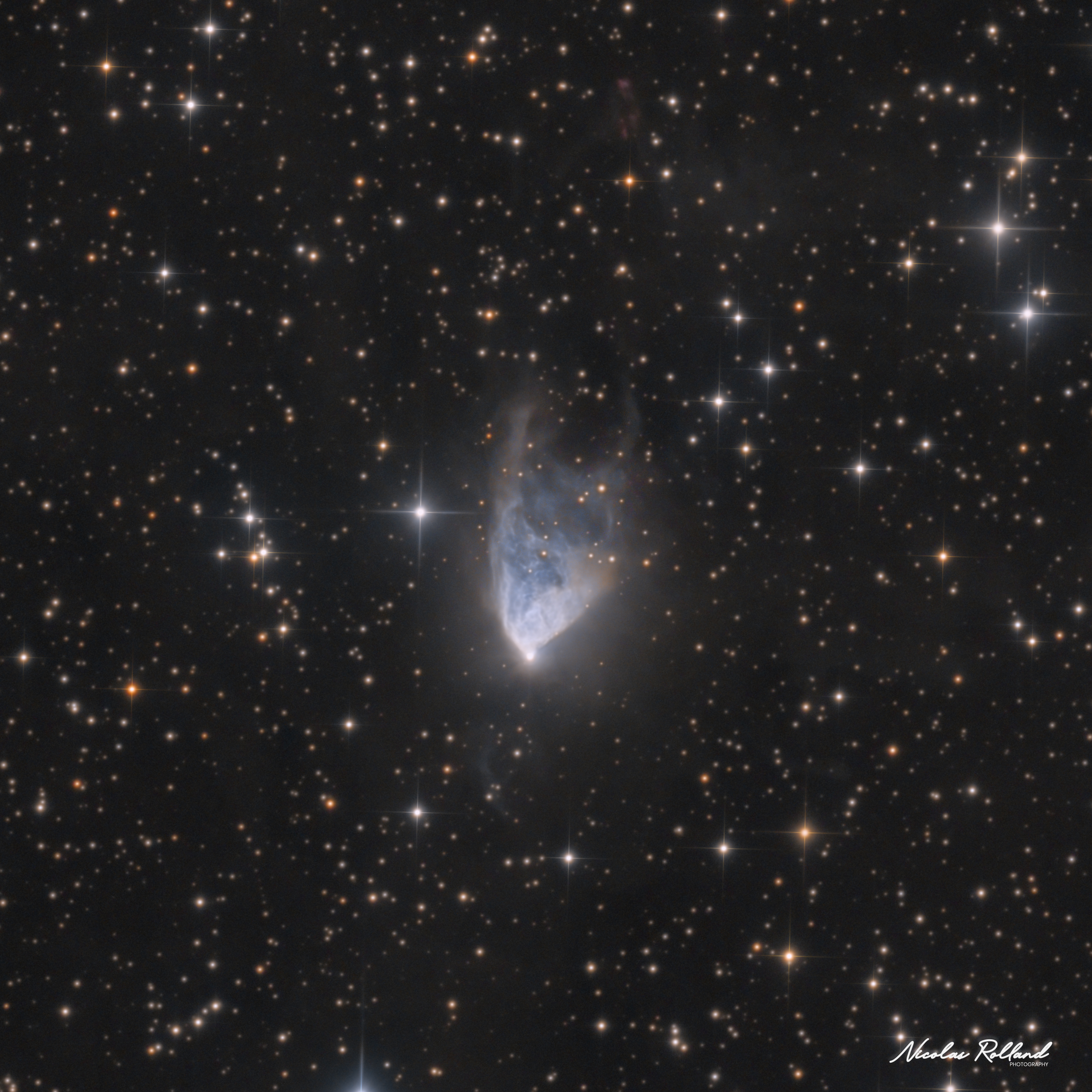 It was first observed by Sir William Herschel in 1763, who thought he was observing a comet. The associated variable star was discovered in 1861. It was not until 1916 that Edwin Hubble saw the nebula vary itself.

The size of the nebula is 2 × 4 arcmin and is known to vary in brightness by two magnitudes over periods in months or years.

Estimated at a distance of 2,500 light years, it is assumed to be an eccentric part of the large complex NGC 2264 (located only one degree away). NGC 2261 changes in brightness due to the variable star that illuminates it. This quick changes in brightness of the nebula are due to shadows cast by the dusty meteor orbiting R Monocerotis. This star is a binary system, with a young B-class star of 10 solar masses and its smaller companion. 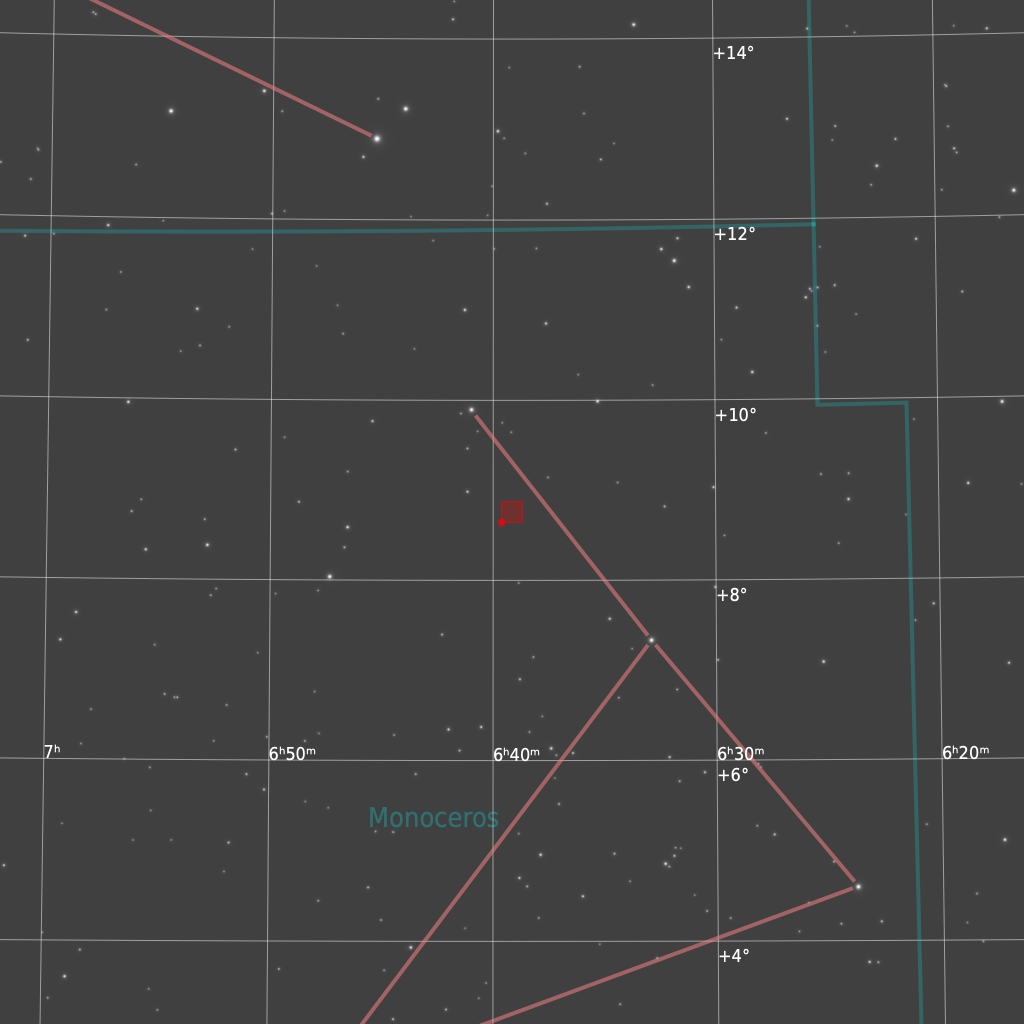